Our Family - Past and Present

Below are the various animals that have played a part in our life over the years: 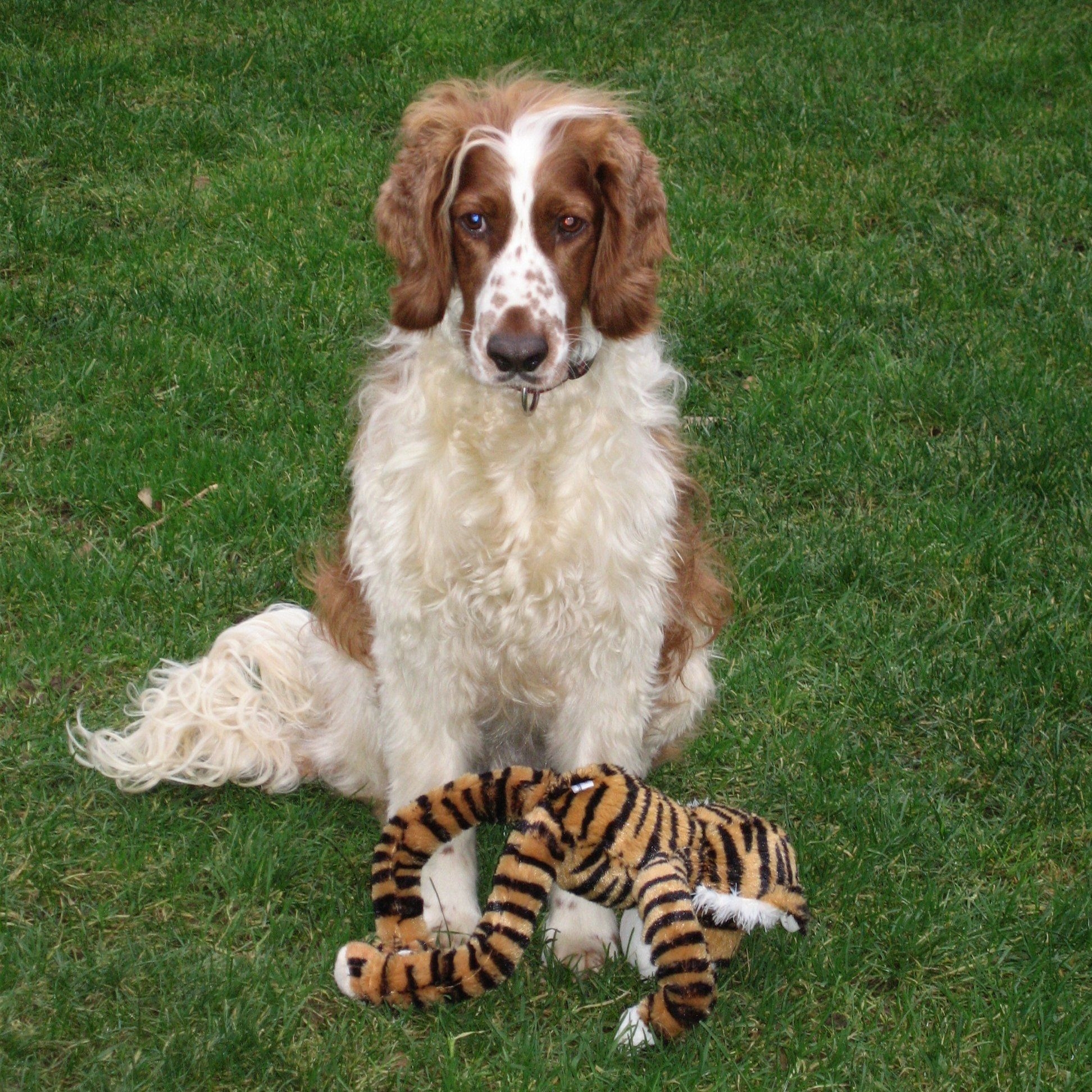 Hal is the more mature of the two brothers, and is the boss of the family, although he does still look up to Shandy.

Hal has had two operations for elbow dysplasia, but is still full of energy and loves nothing more than to run and play. 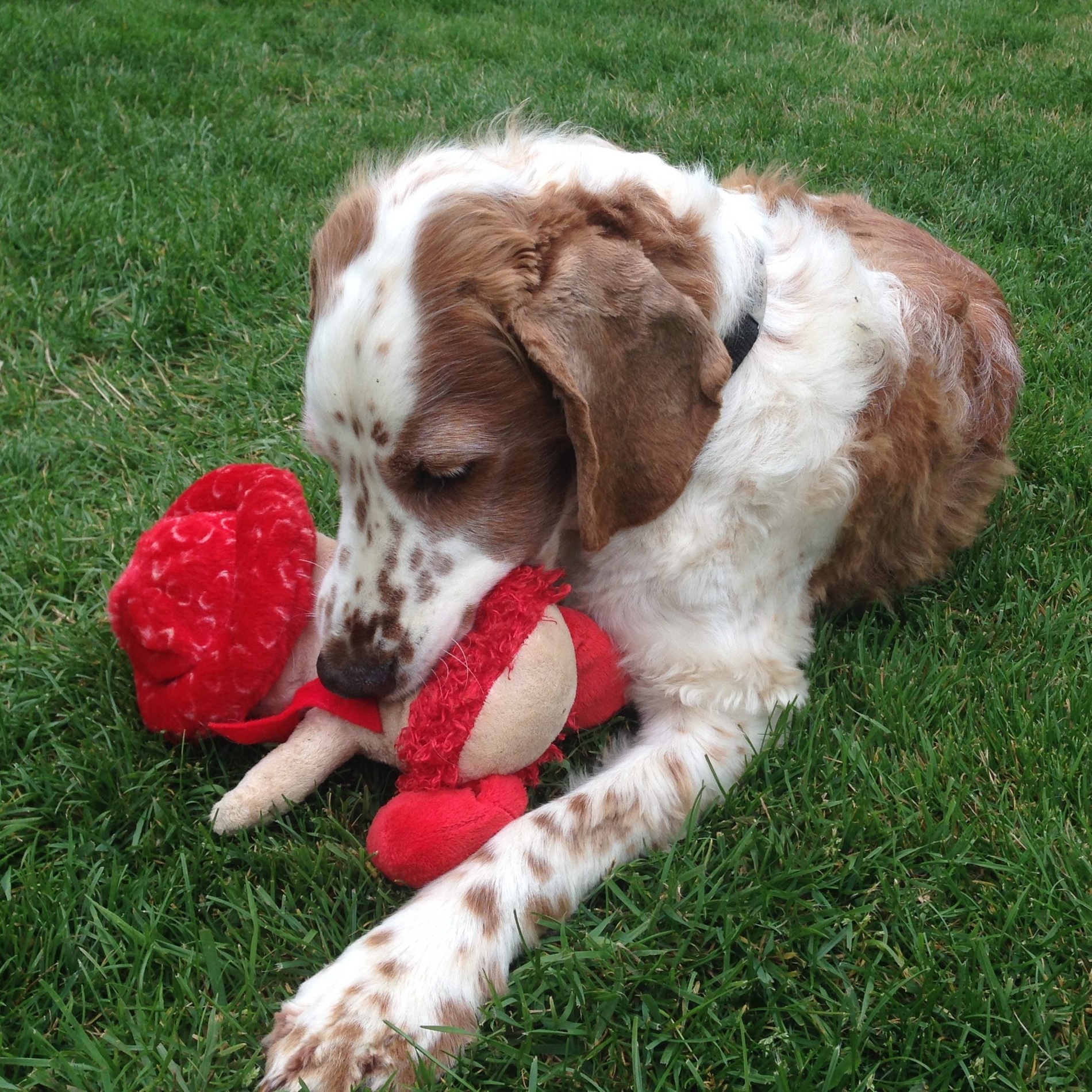 Zen is the baby of the two brothers, although he does try to challenge Hal for position every so often.

Zen has had one operation for elbow dysplacia, and fortunately his elbow does not seem to affect him much. 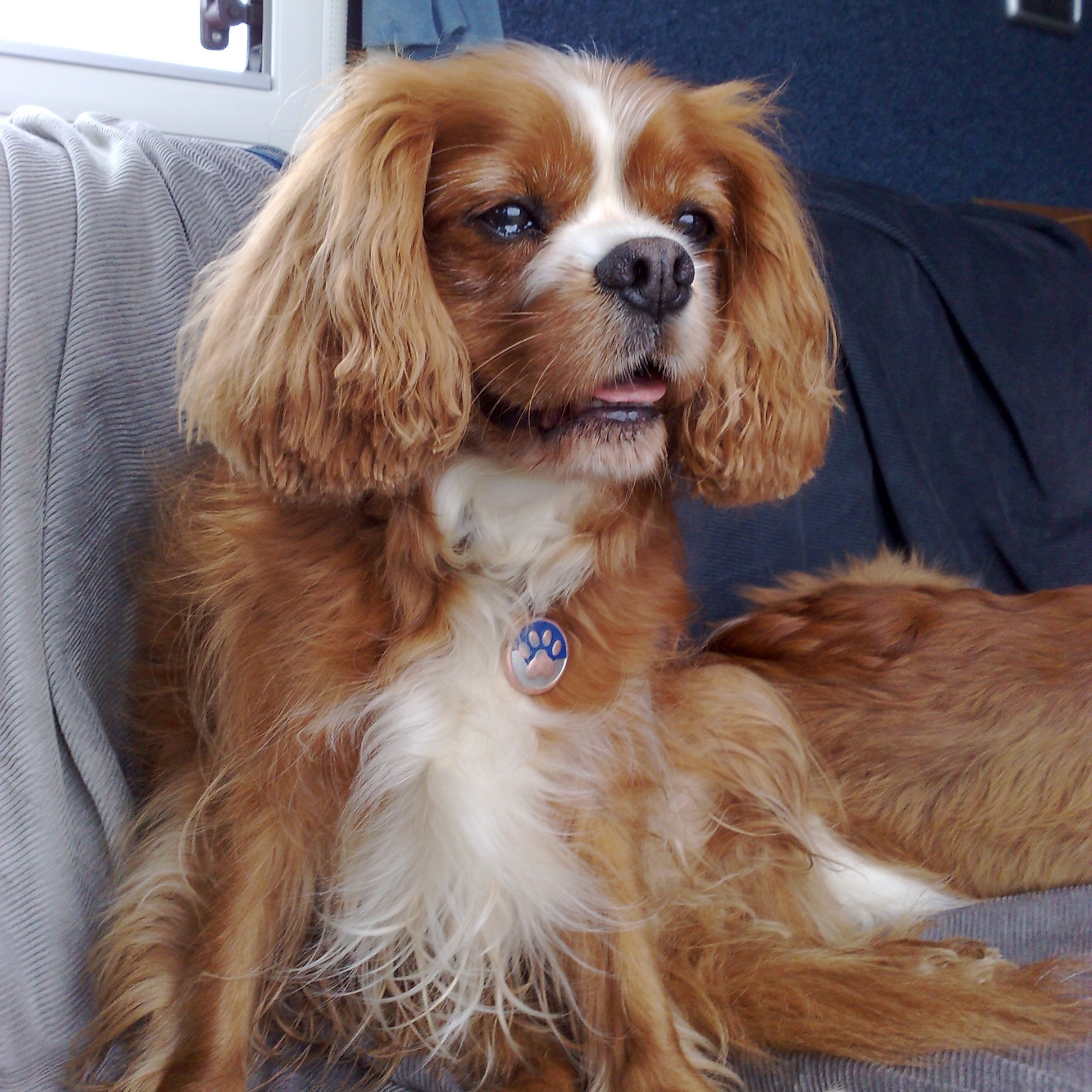 Shandy joined the family on 31st August 2002 with his brother Casey.

Shandy was initially the boss of the pack - although significantly smaller than the Welshies, he had no trouble making them take notice of him, jumping on their backs and grabbing their necks if necessary!  Hal took over as boss once he got to 2 years old, but still respects his older brother.

In his early life, Shandy took it on himself to look after his brother Charlie.  In later years he developed a more independent streak, and was often be seen chasing through the fields with Casey.

Shandy was diagnosed with a heart murmur on September 2007, and since February 2014 had been in heart failure.  Shandy also had an eye removed in May 2013 due firstly to a tumour and then secondly getting a melting ulcer and glaucoma.  In Sept 2013 he was diagnosed with 5 slipped discs in his back, and he was not able to walk since April 2014.

Although the last 2 years weren't kind to Shandy he never lost his spirit and his love of life. 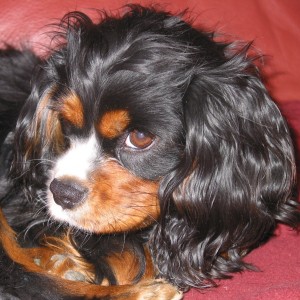 Casey joined the family on 31st August 2002 with his brother Shandy.

Casey loved nothing more than to chase whatever he can - cats, birds, foxes, rabbits, deer...  And if there's nothing to chase, then he just runs for the sake of running.  I'm sure he thinks he's a baby Welshie in disguise - certainly not a lap dog!

Casey was shy with strangers, and needed to approach people in his own time.  He used to be really scared of other dogs, but Hal & Zen gave him the confidence that he had lacked for years. 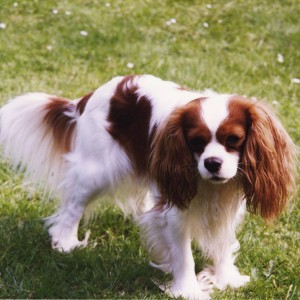 Sammy was put on heart tablets in January 1998 and stayed on these for the rest of his life.  He died of a heart attack, having been running around as normal just the day before he died.

Sammy was always a loner, and needed his routine - Mondays and Saturdays were always a challenge! 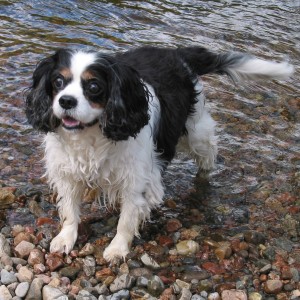 Charlie loved water - more for paddling rather than swimming, and also loved retrieving stones that had been thrown into the water, or trying to catch them as they were thrown.

Charlie's claim to fame was to be the first animal at his vets to ever wear a contact lens!  He had to have an operation on his left eye for an ulcer in January 1999, and a contact lens was inserted to protect the eye during recovery rather than having the third eyelid sewn up.

Charlie was put on heart tablets in January 2001, staying on these for the rest of his life.
He had a bad seizure in June 2002, and with the vet's recommendation to distract him if he ever showed initial signs of another seizure, Shandy and Casey were brought into the household - he never did have another seizure after the pups arrived.

Charlie suffered from pancreatitis and canine hepatitis in October 2003, resulting in him losing most of his strength and being unable to jump.  But a few strategically placed ramps allowed him to continue life as normal.  Following the initial test results he was diagnosed with less than 7 days to live, but he had other ideas and kept going for another 1½ years.

Charlie finally succumbed to a tumour in June 2005 - it had started in the nerve in his legs and ended up in his neck.

Charlie was a very happy Cavie, and took on the responsibility of teaching Shandy and Casey when they joined the family - indeed, he taught them most of what they know. 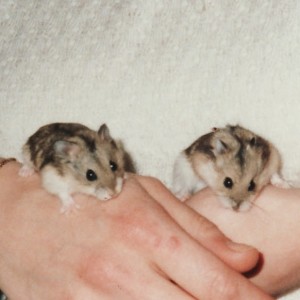 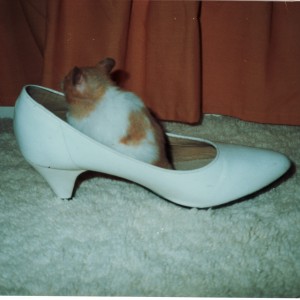 Dio had a few close escapes in his time - he escaped from his cage one and was found happily chewing his way through a live electric cable. He liked nothing more than to roll around on the floor in his clear plastic ball, taunting Misty. 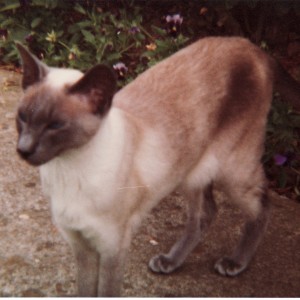 Not being ready for another dog, we decided to go for a cat, but a cat with a difference as Siamese cats are closer to dogs than any other cat.  We fell in love with Siamese cats after visiting the Durrell Wildlife Conservation Trust in Jersey.

During the first weeks of his life Misty had been brought up in a cage in the breeder's garden and so was half wild when we brought him home (we didn't know any different at that time).  He would hide during the day, and then undertake a tour of the cupboard tops at night, knocking down casserole dishes along his way.  He also had to be force fed in the first few weeks, until he became more familiar with us.

Like most Siamese cats, Misty was very protective of his territory - we don't think he lost a single fight - and also loved to give us gifts, including finding a half dead pigeon outside my bedroom door once, having brought it in through the cat flap.

In time, Misty became quite a footballer, kicking balls under the settee and waiting for them to bounce back after hitting the skirting board.  We'd occasionally replace his ball with the odd Malteser - the look on his face when he went to retrieve his "ball" and realised it was actually a Malteser was a picture. 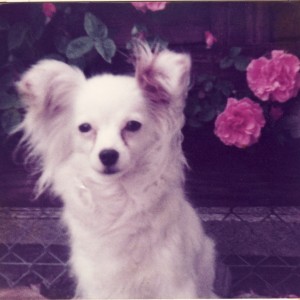 Snowy was purchased whilst we were on holiday - we had no puppy items for her, so she spent the first night sleeping in Dad's slipper.

She was a very loyal little dog, and very protective of Mum - she once nearly gave me a pieced ear when I was playing with Mum but she thought otherwise.

Snowy was my substitute for dolls - I take her out for a walk in my pram, much to the amusement of our neighbours.  One winter's day when I was out with Snowy I thought she was cold so I put her in the hood of my anorak to keep her warm - and then proceeded to jump up and down to keep myself warm.

On one holiday Snowy fell from the top of a cliff - she was found by someone on the beach below, covered in blood.  Dad took her to the toilets to wash her (to various comments about dogs washing their paws after the toilet!), to discover that all she had suffered was a cut lip, the blood from which she'd spread all over her body.  Not bad for a dog that wasn't meant to jump.

One of Snowy's favourite pastimes was to open our post - before we'd had a chance to collect it from the letterbox.  Unfortunately she didn't differentiate between bills and personal letters. 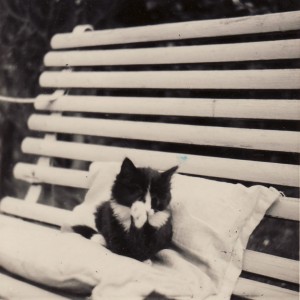 Whisky was born of a farm cat - the owners didn't know his mother was pregnant until she turned up with a litter of kittens.

Whisky was a real outdoor cat.  But he never used his claws against us - in my youth I was known to throw him over my shoulder and climb up a ladder to the garage roof, or dress him in dolls clothes, and not once did he scratch me.  Once he jumped out of my pram and ran down the garden with dress and bonnet on.

He once disappeared for a week, but returned none the worse other than being rather thin.

Later in his life he got a tumour in his back leg which led to a rather nasty, large open wound. 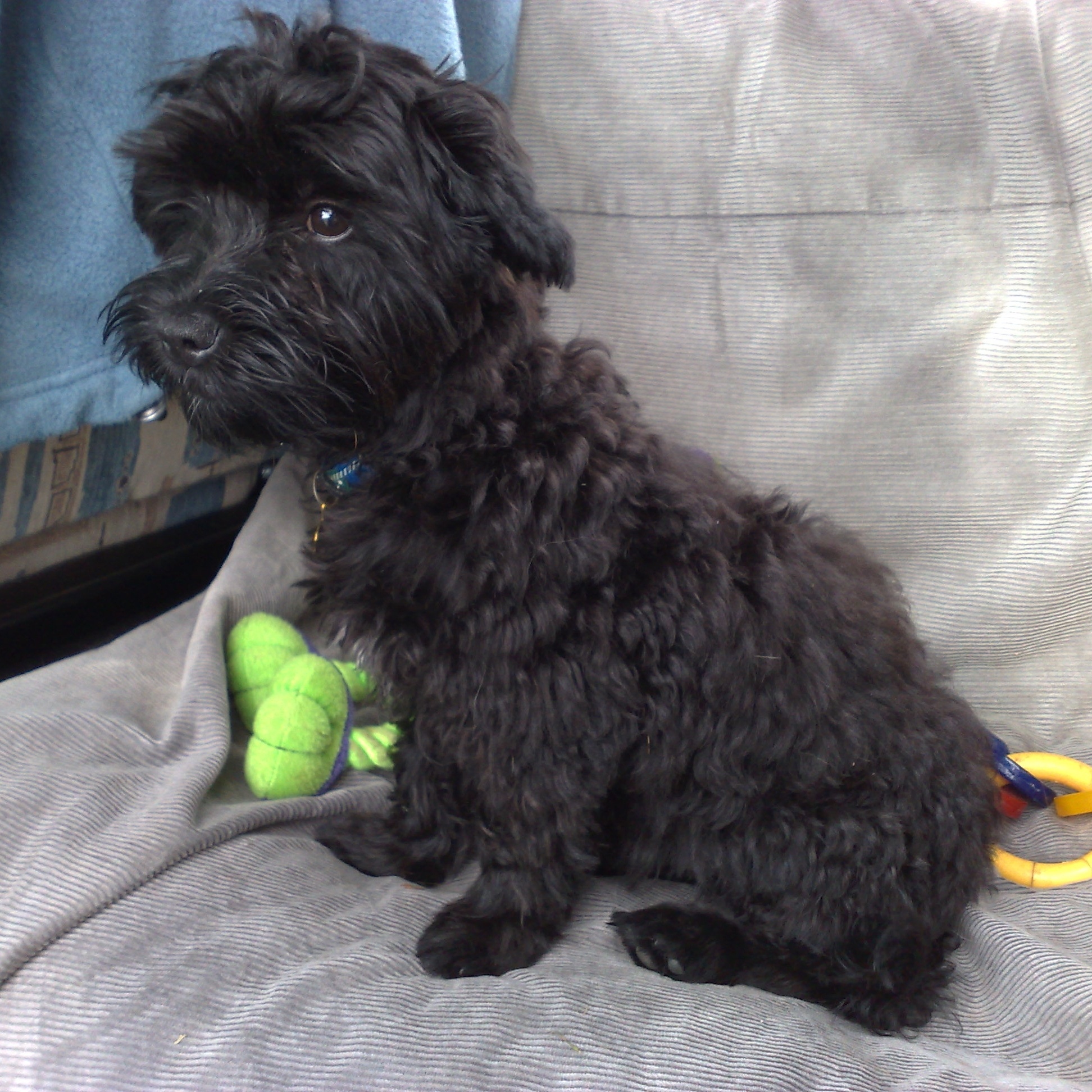 Gizzy joined the family on 13th June 2009, and life has not been the same since!

Gizzy currently loves nothing more than stealing toilet rolls and unwinding them.  He also loves sticks and anything else his mother doesn't like him bringing into the house! 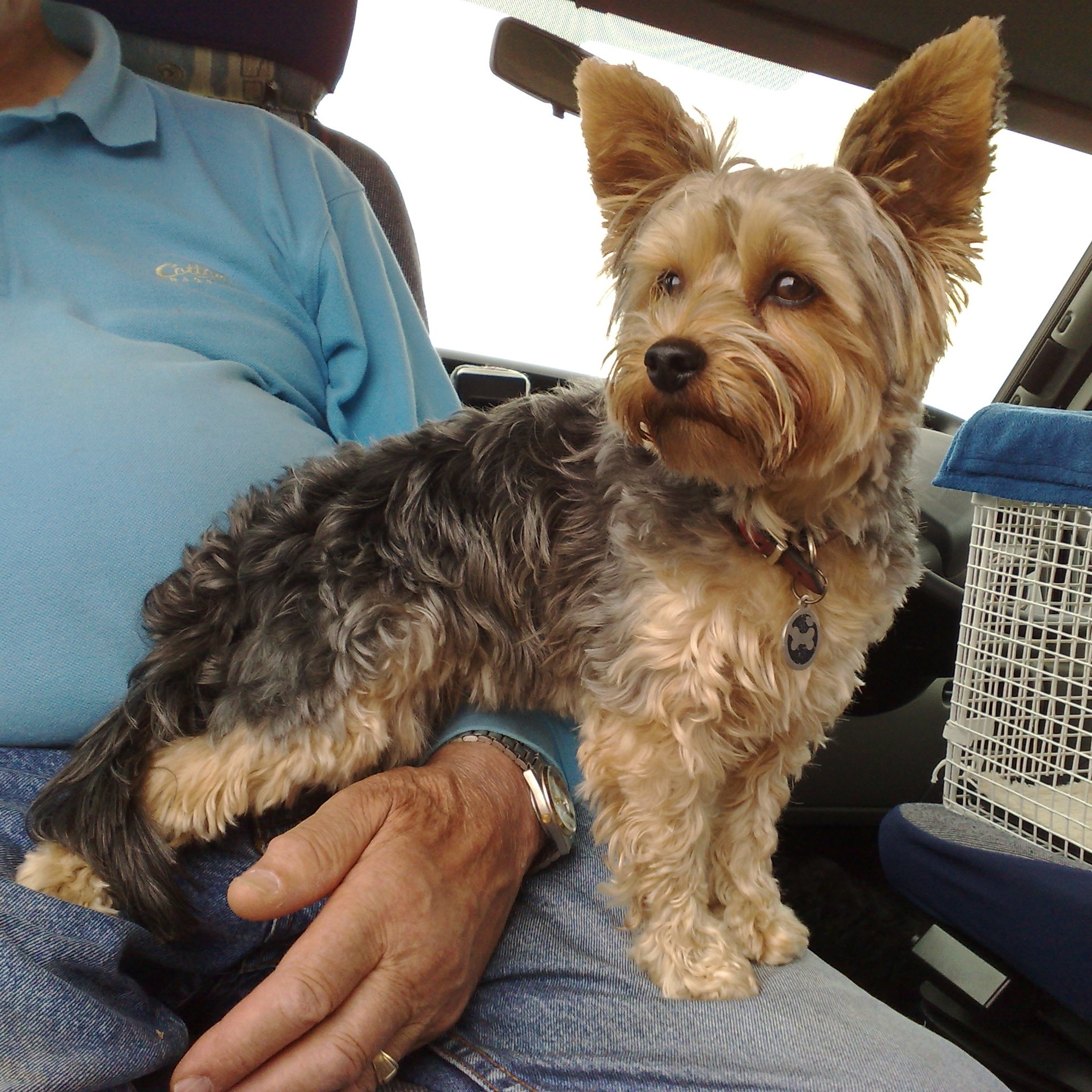 Pepsi was too old to play much with Sparky when he was a puppy - he's making up for it now with Gizzy, having his second puppy-hood. 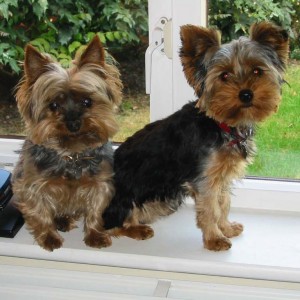 Pepsi on the left, with Sparky 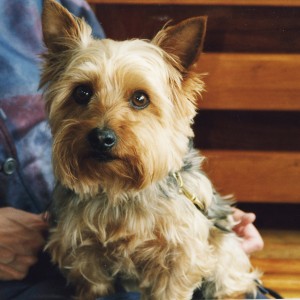