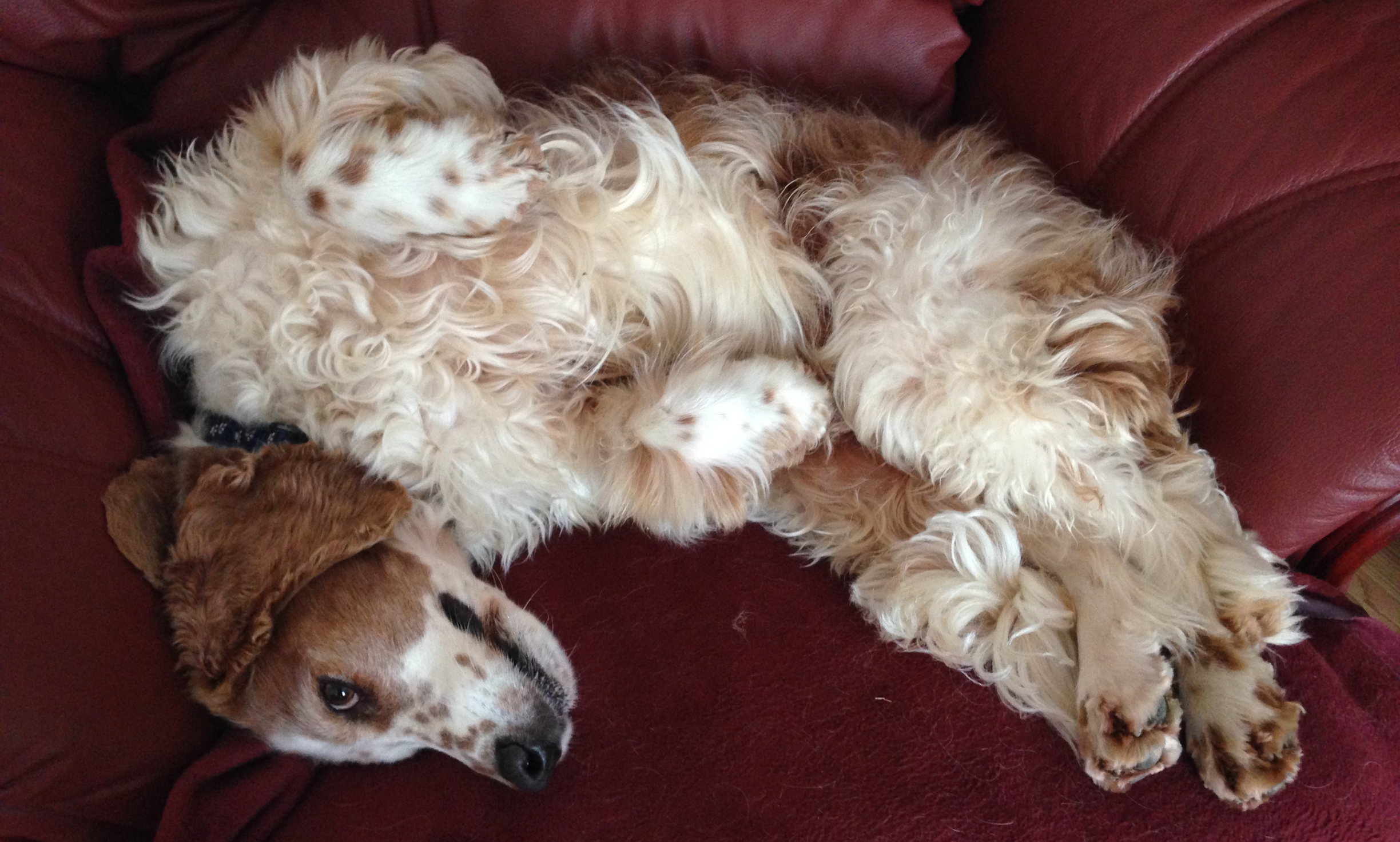 Sarcoptic fox mange is caused by the Sarcoptes scabiei mite that is primarily caught from exposure to another infected animal, although it can survive off the host for a number of days – up to 22 days in a cool moist environment and at normal room temperature for 2-6 days.  Exposure generally occurs about 2 to 6 weeks before the first symptoms of mange are displayed.

The Sarcoptes scabiei mites usually spend their entire life on a dog - The female mite burrows through the skin and lays eggs several times as she continues burrowing.  These tunnels can reach several centimeters in length.  After the eggs have been deposited, the female mite dies.  In 3-8 days the eggs hatch into larvae, which mature into nymphs, and these then moult into adults whilst they are still in the burrow.  The entire life cycle requires 2-3 weeks.

The symptoms are varied, but usually include hair loss and intense itching and irritation, especially on the elbows, ears, armpits, hocks, chest and abdomen.  The mites prefer to live on areas of the skin that have less hair  As the condition worsens small red pustules often develop along with yellow crusts on the skin.  The skin soon becomes traumatised from the itching and resultant scratching and a variety of sores and infections can develop as a result.

The intense itching is thought to actually be caused from a severe allergic reaction to the mite.  However, the standard treatments for allergies will generally not decrease the symptoms of Sarcoptic Fox Mange, and will do nothing to cure the disease.

The most common treatment is with a scabicide – a drug that kills the mite.  In some cases, the animal will be dipped in a scabicidal shampoo to kill all of the mites living on its skin – the whole of the dog’s body will need to be treated to ensure all of the mites are eliminated, including the face and ears of the dog.  However, the dips can be toxic to humans are there are some reported cases of resistance to the dips.  Also, these dips will only kill the adult mites, and not the eggs, so multiple treatments are required over the lifecycle of the mite.  Complete elimination of the mites can take between 4 and 6 weeks.

Due to the skin damage, many dogs will also get bacterial or yeast infections, so these will need to be treated as well as the mites themselves.

This is a zoonotic parasite – humans may develop a purplish rash on their arms, chest or abdomen.  However, the mites cannot breed on a human so the disease is generally self-limiting and will typically clear up once the dog has been properly treated.

There are currently no known preventative measures specifically for Sarcoptic Fox Mange, although a good immune system with a species appropriate diet will certainly help.

The approach is two-fold:

Boost the immune system - Kefir is a great source of probiotics, containing around 40-60 strains