What Can Be Used To Treat Bacterial Infections? 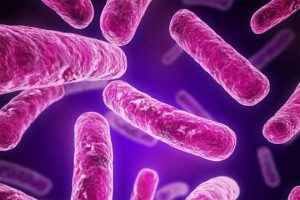 Bacteria are among the most numerous organisms on earth.  Bacteria can be found virtually everywhere.  They are in the air, soil, water, in and on plants and animals, including humans.  A single teaspoon of topsoil contains about a billion bacterial cells.  The human mouth alone harbours more than 500 different species of bacteria.

The skin of animals and humans teems with living bacteria of many different species.  All of the body openings also contain large populations of bacteria, particularly the mouth.  The digestive system of animals is also a common place to find bacteria.

Some bacteria thrive in the most forbidding, uninviting places on Earth, from nearly boiling hot sulphur springs and geysers to super-chilled Antarctic lakes buried under sheets of ice.

There is some evidence that some bacteria may have even existed on Mars in the distant past.

Antibiotics are normally used to treat bacterial infections.  There are several different types of antibiotic available, and various factors need to be taken into account when choosing which one to use.  These include where the infection is in the body and the type of bacteria causing it.

However, antibiotics destroy the intestinal flora and much of the beneficial bacteria is permanently destroyed, even if probiotics are given after antibiotic use.  Natural alternatives are:

Oil of Oregano – oregano oil contains the powerful phenols carvacrol and thymol. These have the ability to kill harmful bacteria and microbes.

Colloidal silver – particles of silver are small enough to penetrate on a cellular level and destroy pathogens of all types, including bacteria, fungal spores, parasites and viruses.

Manuka honey – it is antibiotic, anti-fungal and antiviral, and has anti-inflammatory and probiotic characteristics.

Yarrow – the tincture counters and prevents infection. Yarrow has been shown to be effective in killing all types of bacteria.

Echinacea – has powerful anti-bacterial and anti-inflammatory properties, and is effective against all types of infections.

Nosodes can also be used to prime the immune system.